Endeavour Mining Corp. will use the $144 million helped raised by Clarus  to accelerate their organic growth potential by significantly expanding the current exploration programs in a long-term strategic exploration initiative leveraging Endeavour's high-quality West-African exploration portfolio, for the potential development of the Ity carbon-in-leach gold process plant and for general corporate purposes. The proceeds will also assist in maintaining a healthy balance sheet over the near term with a sound liquidity position while implementing this organic growth strategy.

Savaria Corporation is one of North America's leaders in the accessibility industry. It provides accessibility solutions for the elderly and physically-challenged to increase their mobility and independence. The diversity of its product line is one of the most comprehensive on the market.
Servicing the Oil and Gas industry with high tech drilling and production chemicals, Clarus has helped raise over $185 million in three financings to help it grow its North American business.

Yangarra Resources Ltd. is a growth oriented, exploration focused oil and natural gas company with operations in Western Canada. The current financing will allow Yangarra to take advantage of opportunities in the current price environment including farm-ins, land acquisitions, drilling opportunities, infrastructure initiatives and equipment purchases.  Clarus has helped raise over $55 million for Yangarra Resources in the last 3 years.

Continental Gold is an advanced stage exploration and development company currently developing its flagship high-grade 9 MMoz Buriticá gold project in Colombia expected to be in production in 2018. Clarus has covered CNL since the discovery of the Buriticá deposit and has consistently been a top 5 trader of the stock. Clarus most recently helped raise $25 million to continue funding exploration and development expenditures.
Neo Lithium Corp. holds mineral and surface rights over a newly discovered lithium salar and brine lake complex in Argentina that contains a rare lithium rich brine lake. The $10 million raised in financing will go towards the development of the company's Tres Quebradas Lithium Project in Argentina and for general corporate working capital purposes.
DHX Media is a vertically integrated children's content provider and owner of the Family Channel. DHX markets and distributes its library of more than 11,000, half-hours of programming. Clarus co-managed a $73 million financing to help fund the development of branded content properties and associated global distribution plans.
Firan is an aerospace and defense electronic product and subsystem supplier to customers around the globe. Clarus co-managed a $6.9 million financing to help fund growth and acquisition opportunities.
Wesdome owns and operates the low cost Eagle River mine and mill in Wawa, Ontario. Clarus assisted in raising $17 million to finance the expansion of its mill and associated infrastructure  as the Company aims to grow production towards 100,000 ounces per year.
SEMAFO has been Clarus' longest standing client in the gold sector. Clarus advised SEMAFO on their $135 million acquisition of Orbis Gold in March 2015 while concurrently leading a $58 million financing. Clarus co-led the most recent $115 million financing and has helped raise over $400 million over the past 10 years.
Merus is a rapidly growing Canadian specialty pharmaceutical company that acquires legacy pharmaceutical products for distribution mainly in Europe, but also in Canada. Clarus has co-led five equity transactions totaling over $155 million which has helped fund recent and future acquisitions.
After a long association with senior management at various previous entities, Clarus acted as strategic advisor for the company's $121 million recapitalization and $495 million acquisition of Renegade Petroleum as well as co-lead or co-managed three equity financings totaling $320 million.
GoldMoney (formerly BitGold) is a transformational Canadian international savings and payments service firm that allows people and businesses to send payments and transfers with physical gold. Clarus has played a significant role in raising the company $60 million through three oversubscribed financings.
Clarus co-led a $132 million bought deal offering in 2013 that helped fund a transformational acquisition of Courtesy Chrysler (located in Calgary, operating three facilities). Since 2013, Clarus has helped AutoCanada raise over C$750 million through four financings and the Company has grown to become one of Canada's largest dealership groups.
Aphria, one of Canada's only greenhouse licensed producers, originally came to Clarus when the Company was on the cusp of receiving their full license in the medicinal marijuana sector and was seeking a go-public plan and access to growth capital. Clarus assisted with successfully completing a $13 million financing in July 2014 and more recently lead a $10.0 million bought deal in November 2015 to support continued production and patient growth.
Clarus has helped the company raise over $175 million with long term oriented institutional investors through four financings. Proceeds were used to pay for contrarian natural gas acquisitions.
Clarus' rapid market response to the Klondex turnaround story led to our participation in a $26 million financing, with proceeds used for debt repayment and continued exploration and development.
Clarus helped raise $70 million in financing for Horizon North Logistics Inc. – a remote resource development service company that provides workforce accommodation solutions, camp management and catering services, and road and access matting solutions.
Involved with UrtheCast when it was private UrtheCast has delivered on its goal of becoming an innovator in the earth observation market having installed cameras on the International Space Station. Clarus has helped raise UrtheCast over $150 million in equity through 4 transactions over the last 2 years, adding over 40 long-term institutional shareholders.
After achieving tremendous success as a one-product company, CRH identified a major opportunity in the Gastro-Intestinal anesthesia market in the U.S. Clarus subsequently raised over $27 million in a very successful public offering that restored its financial capacity.
Intertain is an online gaming operator and was created in 2014. A £426 million acquisition of Gamesys in February 2015 was partially funded by a $483 million equity offering within which, Clarus participated. They are now the world's largest operator of online bingo and offer over 150 casino titles in 3 currencies and 9 languages.
Servicing the Oil and Gas industry with high tech drilling and production chemicals, Clarus has helped raise over $105 million in two financings to help it grow its North American business. 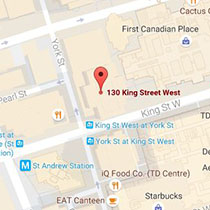